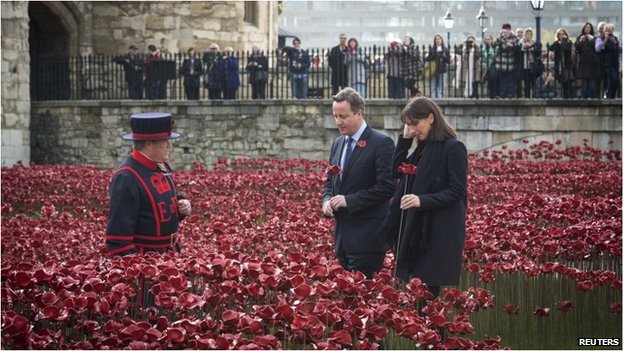 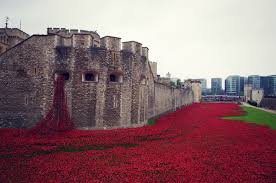 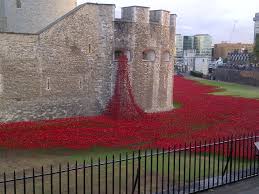 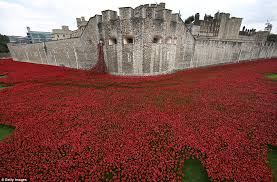 Such a deep sorrow, IMO the first image is polluted by DC being there just for show. Was he really thinking about the millions who died or the number of votes it would secure him?

Mimi wrote:Such a deep sorrow, IMO the first image is polluted by DC being there just for show.  Was he really thinking about the millions who died or the number of votes it would secure him?

I'm absolutely appalled after just watching the Channel 5 news that out of £22,206,150.00 made out of the sale of the poppies at the Tower of London, ONLY £7 MILLION WILL BE GOING TO THE 6 CHARITIES TO HELP THE SERVICEMEN WHO HAVE LOST LIMBS, CANNOT WORK, HAVE LOST THEIR LIVES AS THEY KNEW IT BEFORE THEY HAD THEIR LIMBS BLOWN OFF ETC, ETC.

I can understand the person who created the poppy and his team who have been working for 2 years to make them getting a large percentage, but surely not to the sum of over £15million???

Again, the poor soldiers who put their lives on the line again and again and end up with less than say ........... well I won't spell it out.

It really makes my blood boil.

I feel truly sick on behalf of the serviceman who again have got the raw end of the deal!!

I wonder if they`ll say where the other millions have gone?  Maybe some of it could go to the War Graves Commission and The British Legion.

The British Legion is already included in the six charities, here is the website (you have to scroll down to the end of the page) -

There will be production costs,delivery and packaging costs,i think vat (not sure).Some staff /labour costs i know all the planting and probably other stuff is done by volunteers.Presumably repair/reinstatement of the grass mote ?
I agree that 30% of the total receipts ending up going to the Charities seems too little but £7 mill will go to help a lot of people so that must be a good thing.Would like it to have been a bigger percentage and would be interesting to see the exact breakdown.

Even at that rate i would still have no hesitation to contribute.

Eta; I will also be upset if the original Artist has walked off with more than his fair share.

As far as I can remember I think the postage was on top of the £25 cost of each poppy.  I looked into buying a poppy a while ago but never got around to actually doing it, I think I remember postage was extra.  David Cameron has announced that VAT will not have to be paid on the poppies so that still leaves over £15 million to be accounted for.

I'm not quibbling about the cost of a poppy, I would have bought one but didn't realise they would sell out so quickly, I'm just annoyed that so little money goes to the charities which really need it, I just want to know where the other £15m is going.

I'm going to write to DC tomorrow and tell him I'm disgusted about the meagre £7m going towards the charities and where is the extra going besides the amount given to the designer/workers who made them.

It's always the people who need the money most who seem to be at the bottom of the pile when the money is dished out.

I would imagine there will be quite a lot of people asking those same questions as you DFM so maybe we will get the answers.

I bought a special commemorative Millwall camouflage shirt for £50 last week which the team had special permission from the football league to wear at the weekend game.
£15 (at least) goes to Hadley Court rehabilitation centre for the wounded troops.Millwall football club are making no profit from the sales.
VAT will be paid on the adult kit not childrens sizes.
Macron,the manufacturers produce them for i guess £25.The rest will be post and packaging i think.
So that worked out again to around 30% to the Charity.

I am inclined to think that 30% is probably a quite high percentage compared with other Charities but i am only guessing and basing that on somethings i have read in the past.

I wont start on the salary of the CEO of missingpeople and similiar Charities to that !

Let us know if you get a reply from your letter to DC.

I will do, but I'm not holding my breath at getting a satisfactory answer.

Shelia Hancock said on the Andrew Marr Show on Sunday that a fitting end to this incredible installation would be for a tank to crush its way through the poppies. I was taken aback at first but there is something hugely symbolic in what she said.

You never know you may be suprised ! Unlikely i suppose.

I hope the other good side of this is that many more people may have paid to go into the Tower itself which obviously helps the upkeep of that.
Also,when we went up there a couple of weeks ago,we went into the Church next door 'All Hallows' oldest Church in London.Well worth a visit and just make a contribution at the door.I was reading how expensive it was to maintain the Church,some of which dates back to 800ad.
And offcourse all the 'tourist' spending money whilst there.

Winston Smith wrote:Shelia Hancock said on the Andrew Marr Show on Sunday that a fitting end to this incredible installation would be for a tank to crush its way through the poppies.  I was taken aback at first but there is something hugely symbolic in what she said.

I saw that and grumbled to Mrs L who replied along your lines.

I bought a poppy,i dont want a medal for that,when i get it i will put it somewhere in the house and everytime i look at it i will think about what it means.I think so will the other 888,248 who bought them.

If Sheila Hancock wants to see tanks she can go look in the war museum,and see plenty of footage of carnage.
I think we all know plenty enough to know what happened.
Womans nuts imo.

I've updated the title to include the 2018 anniversary.

Does anyone have stories to tell of parents' / grandparents' war service?

No immediate family but my grandfather was in the Boer War and picked up Black Water Fever there - luckily he recovered. He was in the 1st WW as well but was discharged through illness, maybe due to kidney damage from BWFever.

Unfortunately his brother Hubert died in action at Flanders in December 1916 and is buried in the Terlincthun British War Memorial Cemetery near Boulogne.

I wish I knew more but my family never talked about the wars.
_________________
The constant assertion of belief is an indication of fear.
Jiddu Krishnamurti