What is she doing going to Party Socialiste meeting concerning the future candidature of Dr  Amaral ??

Is she she just acting as a lawyer, paid by the hour ? Or is she really a player ?

Well, errrr, to answer ma own errrrrrrr question, I would errrrr like to just say..

GM: Well, I think that the way, errr... we do that, certainly within the Portuguese system, is to do it through our... our lawyers. Errr... We've obviously had a meeting with the, errr... 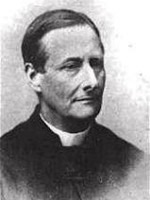 The truth is incontrovertible. Malice may attack it, ignorance may deride it, but in the end, there it is.
Winston Churchill

A very good interview by Dr Amaral, he seems quietly confident.  I think at last maybe things are moving the right way

Where are the McC's lately, why aren't they on every sofa giving interviews, they have gone strangely quiet.

Where are the McC's lately, why aren't they on every sofa giving interviews, they have gone strangely quiet.

Gonçalo Amaral – Indeed they do. I will give you one example. We speak about the book and we speak about the documentary. We forget another detail. In 2009, in January of 2009, I lived in the Algarve and was indicated to run for mayor of Olhão on behalf of the Social Democratic Party [PSD]. And that alerted that family, that situation of destabilising me, and Mr Gerald McCann came to Lisbon, there’s news from that time, he met with a top political official from PSD who has a French surname, with Dr Rogério Alves and with Dr Isabel Duarte – this is what is said, it’s what was published – and what happened then was that PSD gave me up as a candidate. This puts rights at stake, the rights of a citizen, the rights of a Portuguese citizen, and someone comes from the outside to do it.

When I read that paragraph from GA’s interview my jaw hit the floor, I couldn’t believe what I was reading.

I’ve never seen or heard anything like it in all my life of parents of a missing child.  I know things went on years ago when the police and others were manipulated by the likes of the Kray twins, but they were hardened criminals, never in my life would I expect parents of a missing child to behave in such a manner which classes them as truly evil to the extent they can destroy people’s aspirations, destroy their lives which causes them to be destitute and others to be “in hock” to the McCanns for many years, when the McCanns themselves are swanning around the world thinking they’re royalty, demanding this, demanding that, manipulating the press, calling press conferences, asking people for more donations when £millions have already been spent by two countries in searching for the daughter THEY HAD NO REGARD FOR.

The frightening thing is is that GM is classed as a doctor/consultant who is most likely still practising when he can have such evil intent in his mind to destroy anyone who stands in his way.  I would be abhorred if he was my doctor/consultant and I had just read that interview from GA.  I wouldn’t want him touching me not even with a barge pole.

I am truly gobsmacked on behalf of GA and shocked and saddened that Madeleine and the twins had/have such evil minded people as parents.

Besides the McCanns putting the knife into GA and twisting it as hard as they could they also tried it on with the boss of Martin Grimes, GM having words with him; most likely to discredit Grimes and the findings of Eddie and Keela.

The evilness, callousness and audacity of the McCanns seem to have no bounds.

So agree DFM, it is absolutely outrageous.    In fact since I read the interview earlier I can hardly think of anything else, it seems so incredible.

Who gave these people this power ?     What on earth have they done to become so enabled ?
They seem to have slid into their roles so easily - the untouchables indeed.
I am so angry for Dr Amaral, and am now wondering how many other dark deeds they have committed against those they see as their 'enemies'.

@ Don`t Forget Madeleine - you`ve expressed so well what many of us are feeling. Words escape me. I just cannot understand how people can be so vile.

I just hope Goncalo has many good friends supporting him, because his country seems to have thrown him to the dogs. devil.

Mustn`t be derogatory about dogs cos they are lovely and my best friend.

Having said that: I'm absolutely p*ssed off with one, who doesn't want to come in at the moment ...

And it's freezing cold and snowing. The kitchen, with the door open, will soon be too

What is she doing going to Party Socialiste meeting concerning the future candidature of Dr  Amaral ??

Is she she just acting as a lawyer, paid by the hour ? Or is she really a player ?

Clarification on the role of Duarte, from comments at. http://textusa.blogspot.fr/2015/01/to-haste-or-not-to-haste.html#comment

It seems that Isabel Duarte and Jose Luis Arnaut may have some connection - Joana Morais has covered it, it seems, but has closed her blog. See here, the start of:

The real reason for the shameful McCanns claim against ...
joana-morais.blogspot.com/.../real-reason-for-shameful-mccanns-claim.h...
May 17, 2009 - Note : Isabel Duarte a good friend of Mr José LUIS It seems that Isabel Duarte and Jose Luis Arnaut may have some connection - Joana Morais has covered it, it seems, but has closed her blog. See here, the start of:

The real reason for the shameful McCanns claim against ...
joana-morais.blogspot.com/.../real-reason-for-shameful-mccanns-claim.h...
May 17, 2009 - Note : Isabel Duarte a good friend of Mr José LUIS ARNAULT, PPD/PSD said to be present in a meeting with Gerry McCann in his last visit in


Arnault was there in his role of Dir Gen Parti Socialiste of Portugal. So mccann and Duarte are moving at high level in the left political parties of UK and Portugal it seems. Can anyone still get to the content of of Joana's post ?

Its no wonder that they wanted to settle out of court and shut Amaral up,and full marks for the way he has conducted himself,he would not be bought.Now we know why they wanted to assassinate him civily,his words.