In a nutshell Chatelaine.

My heart really goes out to these parents. They must be and very well may remain devastated. What a horrible fate for their daughter :-( Try to live with that ... I hope the sentence will be life.

That was my point Chatelaine. The parents wanted the murder solved. I will find the bit of text and post it!
_________________
Success is not final, failure is not fatal: it is the courage to continue that counts
Winston Churchill 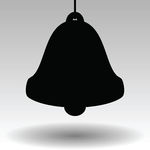 Details of Shauna Hoare's awful childhood. It doesn't excuse her of course for what she did.

I'm currently reading the book that Becky's father has written.

He thought of Nathan Matthews as his own son, bringing him up together with Becky and her older brother - he'd fought for custody of those two and they came to live with him when they were 3 and 6 years old. That was quite an achievement for a dad and young children as he and their mother had never married and he admits that at first he didn't think that Becky was his child.

Unlike a certain other person writing about her lost child, you really get an impression of what Becky was like - problems and all, including the nightmare of anorexia, caused by being bullied at school.

Becky Watts' killer Shauna Hoare has reportedly been so badly beaten in prison she has had to be resuscitated twice.
Hoare, 22, is currently serving 17 years for manslaughter in the all female Bronzefield prison, in Surrey.

This comes from an unnamed "friend" and probably has little credence but, if it is true, I don't think that anyone will lose sleep worrying about this evil creature.

Freedom wrote:This comes from an unnamed "friend" and probably has little credence but, if it is true, I don't think that anyone will lose sleep worrying about this evil creature.

I think the resuscitation bit is a load of made up tripe but I bet she's has had a few 'kickings' so to speak.

We would understand how you feel!

I rather hope that this evil pair will do everyone a favour and commit suicide in prison.

Freedom wrote:We would understand how you feel!

I rather hope that this evil pair will do everyone a favour and commit suicide in prison.

Exactly, poor Becky had a horrible and frightening death because of these, I don't know what they are, they're not human nor animals, they're something much worse.
_________________
Fight for Madeleine x

There's a new programme on the case next week.

A link to the programme.

I watched this last night, that girlfriend giggling and smirking through her lies until she clicked that the police knew, "no comment" was all she said after

Same for Nathan Matthews - well, not so much of the smirking and giggling but he seemed very laid back until the awkward questions started.

I know this is a minor thing by comparison - but the state of their house was unbelievable, piled high with rubbish; dreadful to think that they were bringing up a child there.

I was very shocked seeing that programme, what a despicable pair they are. She should have got the same as him imo in terms of sentence.
I didn't believe his story of the kidnap to teach her a lesson either, I can't get my head around them dismembering her in the bath. Just goes to show how the cops notice the exceptionally clean bath, as compared to the rest of that filthy hovel.
_________________

Very ironically, in his book Becky's father mentioned that Matthews and Hoare used to come round to do cleaning to help out the former's mother who has multiple sclerosis.

Did he not know how bad their own house was?!