Translation of the Conclusions of the Appellate Court's Decision 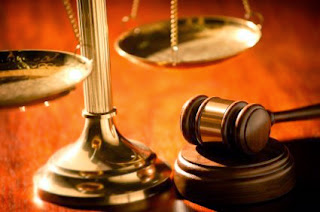 This is a translation of numbers 3 and of the Appellate Court of Lisbon's decision in the case that has been filed by the McCann family against Gonçalo Amaral and others.

This blog would like to express its heartfelt gratitude to every one of you who have supported Gonçalo Amaral through this case. It is not over; but this is, without doubt, a significant and relevant decision that boosts our confidence in the Portuguese Courts and in a system that may be excruciatingly slow but ultimately serves its purpose of performing Justice.

3. Under articles 635, number 4, and 639, number 1, of the Civil Process Code, the matter of the appeal is delimited by the appellant’s conclusions.

The matter subject to decision is thus essentially centred on the evaluation of the alleged wrongfulness and the responsibility that derives from it, imputed to the 1st defendant [Gonçalo Amaral], now the appellant, of the publication, by the 2nd and the 3rd defendants, equally appellants, of the works at stake.

As far as personality rights are concerned, article 26, number 1, of the Constitution states that everyone has a right to a good name and reputation and to the protection of the intimacy of private and family life.

The same fundamental law protects, with equal dignity, freedom of expression, by stating under number 1 of article 37 that everyone has a right to express and to publicise their thoughts in words, image or by any other means, as well as the right to inform, to inform oneself and to be informed, without impediment or discrimination.

And also, under number 2 of article 38, freedom of press, by consecrating freedom of expression and of creation by journalists and their collaborators.

Number 2 of article 18 establishes, in the case of conflict between fundamental rights, that any legal restrictions to those rights must be limited to whatever is necessary in order to safeguard other rights or interests that are constitutionally protected.

On the other hand, in ordinary law, article 70 of the Civil Code consecrates, as a principle, that the law protects individuals against any illicit offence or threat to offend their physical or moral integrity, while article 80 of the same diploma states that everyone must respect someone else’s intimacy of private life.

Whenever there is a collision of rights that are equal or of the same kind, the holders must, under number 1 of article 335, cede as necessary in order for all of them to produce their effect equally, without greater damage for any one of them – while (under number 2 of the same article), if the rights are not equal or are of different species, the one that is considered superior must prevail.

Therefore, and as the dominant jurisprudence understands the matter:

“One of the limits to the freedom of information, which therefore is not an absolute right, is the safeguard of the right to a good name. Journalists, the media, are bound by ethical and deontological duties, and duties of rigour and objectivity.

- The media have the right, the social function, of spreading news and giving critical or non-critical opinions, and it is important that they do so with respect for the truth and for someone else’s intangible rights, as are personality rights.

- The right to honour, in a broader sense, and the right to freedom of press and of opinion are traditional areas of conflict.

- Criticism has a boundary in the rights of its targets, but it remains legitimate if it is sharp, steely, as long as it is not injurious, because so often therein lies the style of the author.

- To criticise implies to reproach, fault-finding that is aired in the media only stops being legitimate as a manifestation of individual freedom when it expresses objective antijuricity, violating rights that are extremely personal and which effect, in a more or less lasting manner according to men’s memory, assets that need to be preserved as are the rights here at stake, to honour, to a good name and to a social standing” (decision by the Superior Court, dated 20/1/2010, www.dgsi.pt)

In the case at hand, apart from the reporting of the facts that are part of the inquiry into the disappearance of Madeleine McCann, an analysis of the book and of the rest of the published material finds that the now 1st appellant [Gonçalo Amaral] therein sustains the thesis that an abduction did not take place, but rather the accidental death of the child, followed by a cover-up – through the concealment of her cadaver and the simulation of that crime – by plaintiffs Gerald and Kate McCann, now the subjects of the appeal.

It results from the aforementioned publication that the means of evidence and the indicia that it reports to are, essentially, those referred to and documented in the respective criminal enquiry.

Nevertheless, the exposed thesis, that the child died accidentally and that fact was concealed by the parents, who have broadcast, in order to deceive, the hypothesis of an abduction, is not new – the same is equally contained in the report which is mentioned under number 9 of the proven facts, determining the arguido constitution of said subjects of appeal [Kate and Gerry McCann], and was, after a copy of the inquiry was made public, published in the media (numbers 65 and 66 of proven facts).

As was stated in the decision, from this Section, concerning the appended injunction, the 1st appellant [Gonçalo Amaral], wanted, through this book – because the institution to which he was bound did not allow him to reply to attacks against his pride and honour, as a professional of the criminal investigation police – to expose his vision of the facts, and therefore the publication of said book has to be considered a legitimate exercise of the right to an opinion.

And because from the proved matter results that – apart from it being about facts that have been profusely published in the inquiry and even publicised through an initiative of the Republic’s Prosecutor General’s Office – it was the subjects of the appeal themselves [Kate and Gerry McCann] who, benefiting from an easy access, multiplied themselves in interviews and interventions in national and international media, one must conclude that it was them who, voluntarily, limited their rights to reservation and to the intimacy of private life.

By proceeding in this manner, they opened the way for anyone to equally express an opinion about the case, contradicting their thesis – without losing their right to exercise a legitimate, and constitutionally consecrated, right to an opinion and a freedom of expression of thought.

On the other hand, we cannot see how the right of the subjects of this appeal [Kate and Gerry McCann] to benefit, following their constitution as arguidos, from the guarantees of the penal process – including the right to a fair investigation and the right to freedom and safety – may be offended by the contents of a book which, in its essence, describes and interprets facts that are part of an inquiry whose contents have been published.

Nothing opposes that, although they have not been deemed sufficient to lead to a criminal charge, said facts are subject to diverse appreciation, namely in a work of literary nature.

Therefore, and because it is contained within consecrated rights, namely under numbers 37 and 38 of the Constitution, the publication at stake must be considered lawful.

Nonetheless, it is understood, in the decision under appeal, that because the 1st appellant, Gonçalo Amaral, was, until October 2, 2007, the coordinator of the criminal investigation into the disappearance of Madeleine McCann, he was, after his retirement on the 1st of July, 2008, subject to the duties of secrecy and reserve that are imposed to the employees that serve the Polícia Judiciária.

And, under such terms, although the introductory note in the book invokes personal reasons, in a situation of conflict with the rights to a good name and reputation of the subjects of the appeal, the appellant [Gonçalo Amaral] could not benefit, faced with the results of the investigation, of a broad and full freedom of expression – and thus his conduct would be unlawful, under article 484 of the Civil Code.

From what was above said about this matter, it is clearly understood that such argumentation cannot be sustained.

In effect, and independently of the reasons invoked by the appellant for the publication, it is hardly understandable that an employee, even more a retired one, would have to keep said duties of secrecy and reserve, thus being limited in the exercise of his right to an opinion, concerning the interpretation of facts that were already made public by the judiciary authority, and widely debated (in fact, largely by initiative of the intervenients themselves) in the national and international media.

In the absence of its primordial presupposition it must therefore be concluded against the previous decision, due to the lack of precedence of any of the requests that have been formulated by the current subjects of the appeal [Kate and Gerry McCann] – while the re-appreciation of the matter of fact that had been secondarily requested remains impaired.

4. From the above mentioned, it is agreed, in accordance with both appeals, to revoke the appealed decision and, considering the action against them to be unfounded, to acquit the appealing plaintiffs of the totality of the requests. The costs, in both instances [courts] are to be paid by the appealed subjects [Kate and Gerry McCann].


With grateful thanks to all our Portuguese translators