Putting this here because of the 'abduction' comments....  (my bold) 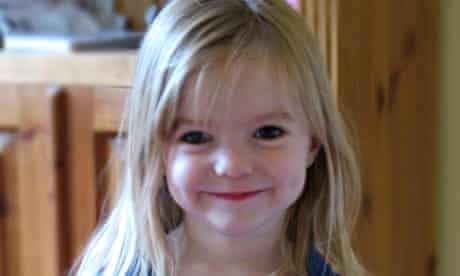 Madeleine McCann, who disappeared in 2007: police have classed 38 people as “persons of interest” to the inquiry. Photograph: Everton FC/PA

The four incidents – one involving two girls – were among 12 over six years up to 2010 being examined by officers in which a man entered holiday accommodation, mainly villas occupied by British families.

In six of those incidents, the man, said to be dark-haired and tanned, sat on the victims' beds. In nine of the 12 incidents there was no evidence of forced entry or property taken. In three others there was "low-level" theft involving cash or phones. Police said he appeared to have "a very, very, unhealthy interest" in young white girls.
The man, said to be unshaven with unkempt hair, spoke English slowly, with a foreign accent, possibly with slurred speech. Some witnesses suggested he had a pot belly while three victims suggested he had a distinctive smell, one involving aftershave, another tobacco while a third just described "a funny smell"


However, no children were abducted.

Detectives said there had been an increase in criminality and burglary in Praia da Luz that peaked in April 2007, shortly before Madeleine's disappearance.
Scotland Yard also revealed it was looking at 38 "people of interest" in relation to her disappearance, having dismissed 22 others from that category. They were also trying to find out more about 530 known sex offenders – 59 regarded as of high interest – across Europe.
However Portugal's Polícia Judiciária (PJ) claimed that Wednesday's press conference simply confirmed a primary line of investigation which has been investigated by Portuguese police since last October. Suggestions that the information released by the Met had initially been discounted by Portuguese detectives were denied by a source at the PJ's headquarters in Lisbon.

He said that evidence of a string of crimes had been the driving force behind Portuguese officials re-opening the case. "It is all there in the police case files," said the source. "You will see when it is made public."
Madeleine's parents, Kate and Gerry McCann, have been informed of the latest developments.
Clarence Mitchell, spokesman for the McCann family, told the BBC: "Kate and Gerry still believe that Madeleine is alive and out there to be found, and that is why they are so pleased that the British police are doing such a good job on this."
Detective Chief Inspector Andy Redwood, in charge of the hunt for Madeleine, accepted there were differences between these cases and that of Madeleine's disappearance but added that there was a possibility that she had not left her family's holiday apartment alive when she disappeared in May 2007.
In most cases now being examined, the incidents happened between 2am and 5am – later than in the disappearance of Madeleine, then aged three, from a ground floor apartment at the Ocean Club complex in Praia da Luz while her parents had dinner with friends at a nearby restaurant.
Redwood said the assumption that Madeleine was abducted "may not follow with all our thinking" on the case.
"These offences are very serious and no one has been charged in connection with them. We also need to eliminate this man from our inquiries and ascertain whether these offences are linked to Madeleine's disappearance," he said.
"If you have been a victim of a similar crime please come forward even if you reported the incident to police in Portugal, or anywhere else, please do not assume we have been made aware of it."
There was also a "very close resonance" to some features of Madeleine's disappearance, said Redwood.
Advertisement

"We really need to identify the offender, to bring to a close the trauma and the tragedy that these families have suffered, and then seek to establish whether this is connected to Madeleine's disappearance."
He appealed for information and gave details of a distinctive burgundy long-sleeved top the attacker was said to have worn during two attacks – in the resort areas of Vale de Parra and Praia da Gale. On one occasion it was described as having a white circle on the back.
The appeal will also be made via BBC's Crimewatch on Wednesday night.
Redwood said if names were put forward for the most serious case of sexual assault, his team would be able to eliminate them from inquiries, suggesting the police may have DNA evidence.
Nine of the 12 incidents were reported to Portuguese police at the time but British investigators learned of three only when the victims came forward in response to televised appeals last autumn.
In the attacks, the suspect may have been in the villa or looking around the villa for some time before committing the offences or being disturbed either by a parent coming in, or the child waking up, say police. On two occasions the noise of a refuse collection lorry could be heard nearby.
Of the 12 offences being investigated, four took place in Carvoeiro, six in Vale da Parra, Praia da Gale district, and two in Praia da Luz. Detectives have previously suggested Madeleine may have been abducted in a planned operation that had included individuals exploring the resort beforehand.
Scotland Yard issued efit images in October last year of a possible suspect with dark hair reportedly seen carrying a child with blond hair and possibly wearing pyjamas. The publication of the pictures on Crimewatch led to a huge response by the public and this man has still not been excluded from the police inquiry.
Efits of two fair-haired men seen near the McCanns' apartment were also released and police in the UK and Portugal have also been investigating break-ins around the resort, one of which occurred the same week a year before Madeleine disappeared and involved a man who entered a flat where young children were sleeping.
Advertisement

Fresh appeals were also made in Ireland, the Netherlands and Germany.
Scotland Yard has indicated its irritation with the slowness of the formal legal process that would allow its officers to work on the ground in Portugal. The Crown Prosecution Service has three so-called letters of request being considered by the country's legal system, among 33 from Britain on the case now being sent or prepared to be dispatched across Europe.
Deputy Assistant Commissioner Martin Hewitt said: "I am frustrated the legal process is as slow as it is." But he maintained: "We are seeing an increase in the tempo of the investigation."
Scotland Yard says officers involved in the case have made 26 "strategic and tactical" visits to Portugal as well as travelling to Spain, Belgium, Jersey, Switzerland, Holland and Germany as well as working with colleagues across the UK. Police are asking members of the public with information to call them on 0800 0961011 within the UK. The number for non-UK residents is +44 207 1580 126. Callers can also contact Crimestoppers anonymously on 0800 555 111.

• This article was amended on 21 March 2014. The earlier version stated that Detective Chief Inspector Andy Redwood had said the assumption that Madeleine had been alive when she left the apartment "may not follow with all our thinking" on the case. To clarify: those quoted words actually came after Redwood had referred to the assumption that Madeleine had been abducted. However, Redwood did say during the same press conference that police were considering the possibility that Madeleine was not alive when taken from the apartment as well as the possibility that she was.

Interesting amendment at the end.

The Mc's and the McLawyers didn't appreciate the original comment then.