Scotland Yard confirmed this week more funding was secured for Operation Orange, which has been paid for by taxpayers since 2011, after Portuguese detectives closed their own investigation in 2008.

The express is not accepting comments on the article. I wonder why!

very ambiguously worded re the payment of after tax royalties into the Fund (reference accounts 2017). The figure quoted £84,000 could not be the royalties received for 2017 as the truthful bewk would not be selling much now so the figure included in the accounts is likely to be the total after tax royalties since the book was published in 2011! Now there was a band on the book cover promising all book income to the Fund - why then were the annual royalty payments not going into the Fund every year? If they have gone in recently, this can only be to protect the money from Sr Amaral now that the Supreme Court ruled in his favour.

I'm going to have to pluck up courage to read that all later.

P.S. I'm not sure if he's the same one as in the Wikipedia link - there's no mention of him writing for The Scotsman.

Yep just as I thought.

'Madeleine McCann's kidnapper tried to take my girl': Spanish father says man who matched description of abduction suspect entered his daughters' hotel room in Portugal
Spanish father claims man entered hotel room where daughters slept in 2001
Says man told him he had come to 'check on the children' who were five and 13
Portuguese hotel said he was a regular who 'likes children but doesn't hurt them'
When e-fit of Madeleine McCann's 'kidnapper' was released, he recognised him

Although this little titbit stands out.

Despite an 11-year international search, neither Madeleine nor her alleged kidnapper has been found.

I need to go and have a lie down now!

Just seen this tweet that sums it up nicely.

If such a person feels that he has to comment on an overheard conversation whilst his hair cut and it makes the newspapers, all must be right with the world. London & it's murders, risk of WWW3 etc. etc

It's unlikely that the Irish Jim Duffy is the same person as the one who wrote the cringe-worthy article.

This is the Irish one I think.

This is the duffer (groan) who wrote the article.

Who writes this dross.

Fear The Walking Dead star Lennie James admits he was inspired by the disappearance of Madeleine McCann when writing the script for his crime drama Save Me.

Paul Dacre was astute enough to name the Lawrence murderers,does he really sanction this crap. 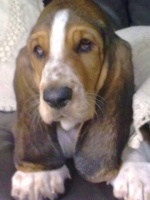 The National Enquirer makes The Sun look like a respectable newspaper so my immediate response is, if they've solved the mystery, I'm the Queen of Sheba.

Freedom wrote:The National Enquirer makes The Sun look like a respectable newspaper so my immediate response is, if they've solved the mystery, I'm the Queen of Sheba.

Yeah, I just did a google image search and it's hard to tell whether the National Enquirer magazine covers are genuine or spoofs (Michael Jackson's Nose Falls Off being one headline)

Just a warning for anyone planning on looking - some apparently show pictures of dead celebrities in coffins.
_________________
Justice works in silence. 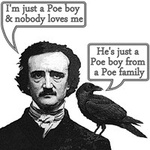 Yeah, I just did a google image search and it's hard to tell whether the National Enquirer magazine covers are genuine or spoofs (Michael Jackson's Nose Falls Off being one headline)

To be fair, it probably has now.

Pat Brown has commented on the article.


Here is the complete garbage article written by a complete jackass. The dirtbag who interviewed me ignored everything I said and tried to rope me into saying Scotland Yard was onto the right investigative avenue. I refused to cooperate but I see he found someone else to say what he wanted.

Admittedly this is the Daily Star from 2010 -

-  but I can't recall reading about any of its proffered examples in the case files :

I've put your post here Rosa though to be fair to the Daily Star (never thought I'd say that) it is only talking about crackpot sightings etc and not coming up with their own nonsense.

Ah thank you Freedom, a better place for the Daily Star article -

- which I reckon did come up with its own imaginings :


"THE case files reveal how police have been blitzed with bizarre, sick, and twisted information about Madeleine’s fate from across the globe.

An email from the Madeira Liberation Army who claimed to be holding Madeleine and had a video showing her in good health, but couldn’t vouch for her safety unless the city of Funchal was granted independence.

A Dutch voodoo priest’s claim he had a psychic vision of where Madeleine was buried. He confessed it had happened after he’d drunk two bottles of white rum.


A Romanian woman insisted her beauty queen daughter Madalina was Madeleine’s real mum who’d handed her to a Leicestershire doctor for adoption just before she died. Police discovered Madalina died before Madeleine was born but the woman claimed her death certificate was forged."

Nothing much happening in the McCann case as the world waits with baited breath as to whether more funding is forthcoming in the Autumn so why not link the poor girl to something else.

Survival expert, 55, hiding out in French mountains is named as prime suspect in 1998 murder of Dutch boy after a major DNA breakthrough in cold case once linked to Madeleine McCann

I have been missing my regular dose of tabloid garbage!

Freedom wrote:I have been missing my regular dose of tabloid garbage!

Freedom wrote:I have been missing my regular dose of tabloid garbage!

Two within a couple of days,its almost like its planned.

I think we've had that Irish one before though I can't readily find it.