I think I must be odd because I really don't care what "famous person" or "celebrity" or "sportsperson" does in their private life.
I can never understand the point of the super injunctions.

I only care if it involves children, animals or was non-consensual.

The egocentricity of these people who take out injunctions is astonishing to me. Who really cares?
_________________
The pure and simple truth is rarely pure, and never simple.        Oscar Wilde

Tend to agree,its only because of these injunctions and challenges that it retains interest.

Andrew has posted this link elsewhere; I'll add it here too.

Some very wise words of advice for certain nameless people!

I read this article when was flicking through a paper having my lunch.

Andrew wrote:I read this article when was flicking through a paper having my lunch.

Well two points imo. One is that I thought people accused of rape were not named anyway, or have I got that wrong?
Other point is, if he's a billionaire £100,000 for a gag order is peanuts.

I can remember when they weren't named but currently they are.

Freedom wrote:I can remember when they weren't named but currently they are.

Thanks Freedom, I am very behind the times.

I can remember when the alleged victims were named too and the tabloids (particularly the Sunday ones) used to publish lurid details of ongoing trials. Goodness knows why my mother used to buy them and let me read them!

I think that the old "do not name unless found guilty" should be reinstated.

https://en.wikipedia.org/wiki/List_of_British_billionaires_by_net_worth
_________________
The constant assertion of belief is an indication of fear.
Jiddu Krishnamurti

There's only 5 that I've heard of!

It's more likely to be one of the others.

I doubt whether Branson could be bothered considering his surrounded by girlies.

None of the royal family are there - surely some of them are billionaires.
_________________
The constant assertion of belief is an indication of fear.
Jiddu Krishnamurti

I've only heard of 3 or 4 on that list, and they are the most public ones  - Dyson, Ecclestone, Branson

I'll have to ask who that is as there are no matches for the name. This is the nearest.

That's the one. Check out his taste in rubber bangles : 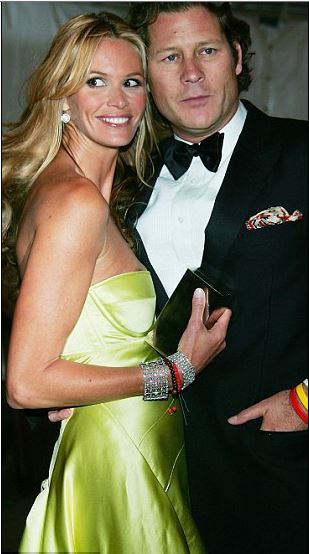 I hope that they were of equal quality to those later produced by the McCanns.

He should be in the silly baby names topic too. From Wikipedia:

Busson began a relationship with Australian supermodel Elle Macpherson in 1996. They have two sons together: Arpad Flynn Busson, known as Flynn (born February 1998 in New York City) and Aurelius Cy Andrea Busson (born February 2003 in London). The family lived together in London until Busson and Macpherson's separation in July 2005.
Busson began dating American actress Uma Thurman in 2007 and they announced their engagement in June 2008.  In December 2009, it was reported that the two had ended their engagement, but they reconciled and dated soon after their daughter's birth. Busson and Thurman have one daughter together, Rosalind Arusha Arkadina Altalune Florence Thurman-Busson, known as Luna (born July 2012 in Boston, MA)

I'm not sure what this is about - the Sun on Sunday didn't name the couple.

Perhaps The Sun was trying to get its own back for the above with this story.