PMR wrote:I still think very few people know what OG is actually doing, those that do aren't saying much. Therefore people are playing join the dots and filling in gaps for themselves

Finger on the button there,some one fishing?

If it was anybody of any consequence though, their long term absence would be as notable as Maddie's. So I think Mimi could have inadvertently hit the nail on the head - they're going to pin it on Lord Lucan.

Mimi wrote:I still think there is some relevance in Alison Saunders of our Crown Prosecution Service, and her assistant, flying to Portugal to chat with the PJ.  It must have been about bringing a prosecution of a UK citizen.  Although it is a Portuguese case, there must be a strong link to person/s in the UK.

Yes I agree MImi, you dont drag members of the CPS out to Portugal for no reason, or to play a part in a farce. That is serious stuff..

When did Sanders go out to Portugal?

The Smith family were witnesses. They made statements to the police. TM has tried to diss them at every opportunity. Smithman has never been located, in spite of 10 years of publicity and attention.

You'd think that Smithman, under the circumstances, would have identified himself to SY by now, so that he could put the rumours to rest, or solve the mystery of who he was. I believe if he'd been identified, we'd have heard about it one way or another - it would have been in the press.

froggy wrote:When did Sanders go out to Portugal?

This was reported June 2013
http://www.telegraph.co.uk/news/uknews/crime/10135847/CPS-lawyers-travel-to-Portugal-to-explore-Madeleine-McCann-leads.html

It is the first time CPS lawyers have visited the country in connection with the Yard’s £5 million review of the case.

A CPS spokesman confirmed that prosecutors had travelled to Portugal with officers from the Metropolitan Police “to discuss possible next steps”.

The two-year review has identified several potential suspects who have not been interviewed and detectives have indicated that they need to be questioned in order to be eliminated or pursued further.

More than 20 people "of interest", including Britons, have been uncovered. They also include known child offenders who were in the Algarve at the time Madeleine disappeared in May 2007.

ETA The actual visit was in April 2013 ...
So London's top prosecutor and her deputy visited Portugal mid April to consult with Portuguese officials about Madeleine's disappearance. And subsequently, Theresa May has announced that Scotland Yard will be opening their own investigation.
http://thepottingshedder.blogspot.co.uk/2013/06/madeleine-mccann-new-investigation.html

unreorganised wrote:If it was anybody of any consequence though, their long term absence would be as notable as Maddie's. So I think Mimi could have inadvertently hit the nail on the head - they're going to pin it on Lord Lucan.

Do they mean an influential person, a well known person, a brave person, a criminal person - what?

We are all `significant` to those around us aren`t we ?

Even the finding bit is ambiguous. Are they trying to discover this person's identity, or do they know who they are seeking and it is their physical location that they are unsure of?

Or is it all just so much bollocks?

There is no mention of finding in the Independent. According to their website, additional funding was granted to additional funding to hunt a new “person of significance” and “It is as much to rule the person out of the inquiry as anything else,” a source told the Sunday Times.

That to me reads that they have a credible suspect in their sights and that suspect is actively being hunted by the police. They're not searching for the person but actively trying to find evidence that will prove their guilt beyond reasonable doubt.

If a journalist used the word "find" as a variation of the word "hunt" they could have completely changed the meaning of, and the significance of, what the source close to the police was telling them.

Always worth a reminder that this man has never been found,has he?

Detectives hunting for the little girl, who went missing from the Portuguese resort of Praia da Luz on May 3 2007, have said it is vital they identify the man as soon as possible.
The man was spotted walking towards the centre of town in the direction of the beach at around 10pm on the evening Madeleine disappeared, by two witnesses who were able to provide e-fit images

Yes, I suppose he fits all the reported phrases by the media like `diplomacy required`, `complex and wide ranging`, `significant`.
_________________
The constant assertion of belief is an indication of fear.
Jiddu Krishnamurti

The last lead,is it though?

Cops want to trace a woman they believe is from Eastern Europe and may hold key clues to the investigation.


I wonder whose mits are all over this

A source said: “She may have seen or heard something which to her may seem insignificant but to us could prove vital. If she recognises herself she should contact police. She has nothing to fear. This is just to eliminate her from enquiries."

If, after spending all this money, Operation Grange still believe that it's a "burglary gone wrong" then they must believe that the dogs were set up with false scents. Who do they believe was behind that, was it the PJ or was it the Establishment reining in the Macs?
Or is this just another made up load of noise to further confuse this rag's gullible readers.

Seems to be a load of the same old tosh again....

Just a couple of weeks ago we were told they had discounted burgulators, paedos, child traffickers, and Uncle Tom Cobly and all

Helenmeg wrote:Early ideas about sex predators, child traffickers and "a burglary gone wrong" were largely dismissed before both detective teams joined forces to focus on the latest theory.

https://www.google.co.uk/amp/www.dailymail.co.uk/news/article-4959766/amp/Police-searching-Madeleine-McCann-critical-witness.html
_________________
Success is not final, failure is not fatal: it is the courage to continue that counts
Winston Churchill

We need a topic just for regurgitated nonsense!

Maybe things are getting too close for comfort for the McCanns.

The burglars, sex predators, child traffickers etc. have been eliminated leaving a single line of enquiry and it was only a few days ago that Colin Sutton was saying the McCanns and their friends should be reinterviewed.

This latest distraction attempt has the McCann xenophobic fingerprints all over it - don't look at us look for the random foreigner.

Looks like this latest Sun article is a rehash of this for the 10th anniversary: http://www.express.co.uk/news/uk/798259/Madeleine-McCann-Latest-prime-suspect-is-a-woman

Is the above the woman in purple?

Couldn't see the picture, but: do you think JT?

Châtelaine wrote:Couldn't see the picture, but: do you think JT?

Sorry for any confusion, Châtelaine but there is no pic of the woman in purple in the article. From the description it reminds me of her. IIRC she was spotted by Murat's mother?

It also serves to answer a burning question for me! It shows a picture from a video of Jenny Murat that I thought I saw in the Bilton Panorama 10th anniversary doc. Now where is that video!? 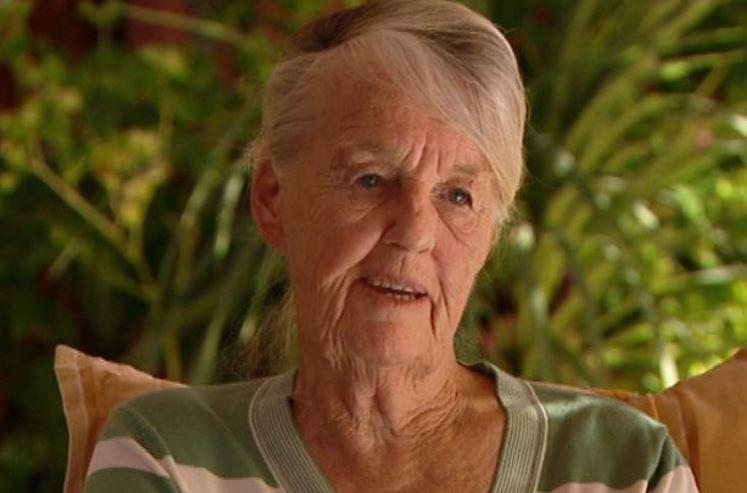 Note the BBC credit (in the article link only!). I'm sure she was on the Bilton doc but edited out for iplayer...

Does anyone remember seeing video of the Jenny Murat interview of which the above picture is a still of? Or have I finally lost the plot?

TheTruthWillOut wrote:Does anyone remember seeing video of the Jenny Murat interview of which the above picture is a still of? Or have I finally lost the plot?

No you aint lost the plot i remember seeing it i think it was discussed after the programme aired about the missing "Jenny Murat" I also recorded it as well and it was'nt on the recording either i re-checked it yesterday and it was'nt there,it was also omitted from the repeat showing as well.

It was on the BBC 22:00 news immediately after the Panorama doc on 3rd May!

Does the above video interview of Jenny Murat ring a bell for you?

Does the above video interview of Jenny Murat ring a bell for you?

No i have'nt seen that before,on the Bilton documentary she was sitting in a chair on the video above she is on a bench.

Plus it was Bilton she was speaking to not the one in the video above.