'I fell in love with the hidey-hole paedophile': Teenage girl raped and held hostage behind a fridge by pervert dubbed the British 'Josef Fritzl' had three of his children and 'loved' her abuser
Victim of Michael Dunn who had three of his children said she 'loved him'
The woman, now 38, was abused by him for 21 years since age of 14
She moved in to his home and was raped and beaten on a daily basis
Dunn, 57, was jailed for 27 years for four decades of sexual assault 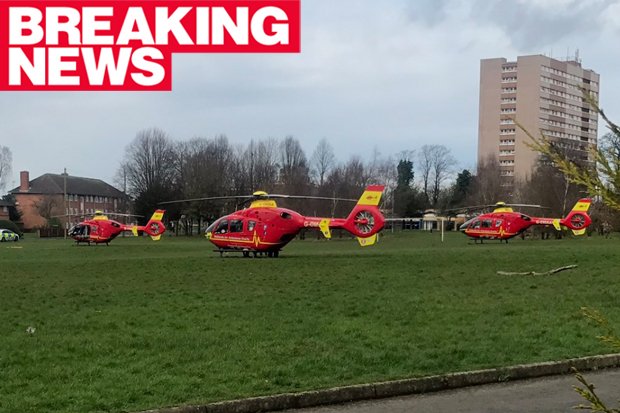 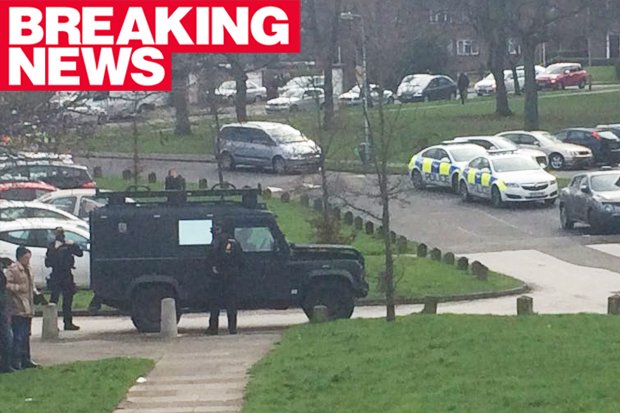 A very rare case of a baby abducted from her home in the U K in 1992. I remember it well as I used to live in the area.

Just catching up with the latest from the DM. Will post this one here:

BREAKING NEWS: Woman is arrested on suspicion of murder after a young child was found dead in a house in Oxfordshire
Woman, 40, was taken into custody after body found at house in Faringdon
She remains in custody and is being quizzed by Thames Valley Police detectives
The youngster's family has been informed and police are supporting them

Andrew wrote:.... Stole a baby and got a slap on the wrist

I think that her mental state was rightly taken into account.

There was some comment at the time that Bernadette (the mother) had been very unwise to hire someone in this unofficial way (putting an advert in a newspaper) rather than contacting Social Services for authorised childminders.

Perhaps it was a mistake but one that I had no problem myself with overlooking.

Mentioning no names (!) but if, in a more recent case, the parents had really made an honest mistake rather than spinning a yarn to cover up something else, I would sympathise with them 100% too!

P.S. On reflection, I'm not sure if you need to contact Social Services if your childminder comes to your house, rather than the more usual arrangement of you going to theirs.

This English lady's 4-year-old son was actually kidnapped by a paedophile :

I posted a link to this story sometime ago. I remember it well; it really seemed like a miracle when Simon was found alive and apparently physically unharmed. His abductor just seemed to be a lonely misfit.

I didn't know about his subsequent offending though.

Here's Simon's mother talking about the Shannon Matthews case before it was found to be a hoax.

P.S. The video was posted by the arch McCann supporter Bren Ryan, having originally been a doubter. I wonder what her current thinking is of the case.

Man and woman arrested over the disappearance of baby boy who vanished ten years ago
Baden Bond was last seen at his family's home in Woodbridge in March 2007
Police said they've been unable to find evidence of the child since that date
He was never reported missing by his parents, whose care he was in at the time
The disappearance was only discovered in 2016 when a magistrate asked the boy's parents where he was

This one is horrific and I'm actually lost for words:

I'm sure we discussed this one a while back... I say discussed.... I probably just put up a link about it and that was that.

Anyway - some latest on it:

Father, 63, arrested over cold case murder of toddler who was abducted from a beach toilet block in 1970 - a crime that happened when he was 16
Father arrested over historic cold case murder of three-year-old Cheryl Grimmer
Cheryl was abducted from a shower block at a beach in NSW, January 12, 1970
The man, 63, was 16 at the time of the abduction and now has an adult family
He was extradited from Melbourne to NSW and will be charged with murder

Snared by a piece of GUM: Builder, 60, is found guilty of killing his ex in 1981 after his DNA was found on chewing gum used to seal a cupboard where her body was dumped
Osmond Bell, 60, from Birmingham, killed Nova Welsh, 24, after flying into a rage
Case review found his DNA on gum which had been used to seal up cupboard
Court heard chances of DNA not belonging to Bell was a 'billion to one chance'
He was found guilty of manslaughter at Birmingham Crown Court today

Andrew wrote:I'm sure we discussed this one a while back... I say discussed.... I probably just put up a link about it and that was that.

Anyway - some latest on it:

Father, 63, arrested over cold case murder of toddler who was abducted from a beach toilet block in 1970 - a crime that happened when he was 16
Father arrested over historic cold case murder of three-year-old Cheryl Grimmer
Cheryl was abducted from a shower block at a beach in NSW, January 12, 1970
The man, 63, was 16 at the time of the abduction and now has an adult family
He was extradited from Melbourne to NSW and will be charged with murder

I remember posting about this one, saying that as far as I knew, there had never been any publicity in the U K about the case before.

The suspect has now been charged.

Police search beneath motorway for body of missing man, 23, who disappeared in 1992 after waving his mother off to work
Steve Preston was last seen nearly 25 years ago at his family home in Wirral
Officers say he might have been murdered and buried near the M53 motorway
Search teams are scouring the area close to J5 following the new information
His sister Jane said her brother's disappearance had 'destroyed' their mother

Mother, 27, sentenced to 19 years in prison in the killing of her 14-month-old daughter who was found stiff and cold in her playpen and may have been refrigerated
Fourteen-month-old Sami Rose found dead in her Mount Vernon, NY, home on August 5, 2016
An autopsy said she died of blunt force trauma; she was found with both arms rigid and pointing up in the air and her body was cold
An ER doctor said she may have been put in a freezer or refrigerator
The little girl also had a dislocation of the lumbar spine, internal bleeding, a swolle eye, and weighed only 14 pounds
Her mother, De'Asia Bartee, pleaded guilty to first degree manslaughter

Parents who 'regularly left' their 13-month-old alone in the bath are found GUILTY of manslaughter after he drowned while they burned a UB40 CD
Wayne Dale and partner Lisa Passey drank beer as Kian Dale sat in a bath upstairs
Little Kian, aged just 13 months, was found submerged in water after 13 minutes
Worchester Crown Court heard couple were burning a CD for a friend at the time
Police rushed to house in Tenbury Wells, Worcs but Kian was pronounced dead

I'd think they were "burning" something else as well :-(

The mysterious bones discovered in a remote site near a ruined farm in the Aljezur hillside recently have been recovered by judicial police forensic experts and are now being tested for their age.

As a spokesman explained: “They could be six months old, six years or even 60. We don’t have the answers yet”.

All police appear to be sure of this far is that the bones belong to a woman.

As to any missing women in the area, our PJ source said this is not yet a matter under investigation.

“First we have to discover whether these are recent bones”, he explained. “Once we have that information, investigation into missing people may then go ahead”.

The bones were discovered at an abandoned farmstead by a man herding sheep who communicated his discovery to Aljezur’s archeological association, undertaking excavations at a site “around a kilometre” away (click here).

Just bumping this one as I have never been able to find anything more about it ever since.

Drunk mother, 29, who slept off a HANGOVER as three children played bare foot in a house littered with broken glass with a box of cereal for food is jailed for 16 weeks
Police spent 10 minutes rousing drunk Carly Aldred at her home in Manchester
Officers had found three half-naked children running around the home on arrival
Aldred, 29, blamed medication for making her drowsy and admitted neglect
She was sentenced to 16 weeks in jail for 'exposing' the children to 'real danger'

Father of Hawaii's 'Peter Boy' missing for 20 years pleads guilty to manslaughter in deal that demands he reveal the location of his son's body
Peter Kema, Sr, agreed to a 20-year prison sentence for his role in his son's death
He could serve just under seven years if he reveals the location of his son's body
Peter Kema, Jr, who disappeared at the age of 6, became the face of a campaign for missing and abused children through the 1990s and 2000s
Prosecutors can ask for a 25-year term if the father does not cooperate

According to the terms of his plea arrangement, Kema will be spared the possibility of spending life in prison, instead serving a 20-year sentence for manslaughter and a five-year sentence for hindering prosecution.

He'll be allowed to serve the terms concurrently as long as he shows authorities where his son's remains are. If the remains can't be recovered, he'll have to pass a polygraph test to prove he's being honest.

A formal sentencing hearing in the case has been scheduled for June 9.

What a terrible story that is. Kudos to the authorities for continuing with that case for 20 years. Never give up.