The "number 1 suspect" Christian B

My initial reaction to that was AAARGH but to be fair, MWT does not believe that Christian B had anything to do with this case.

Freedom wrote:My initial reaction to that was AAARGH but to be fair, MWT does not believe that Christian B had anything to do with this case.

I don't think it's quite that, exactly. He seems upset that Wolters claims to have evidence that he won't divulge to him, personally, Mr. ex-detective Williams Thomas. Despite being under no obligation to do so. 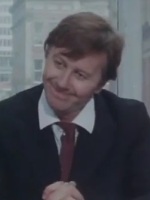 Is that what was said on the Australian programme?

On MWT's own programme, I don't recall anything like that, only that the phone data didn't by any means prove that CB was in or near the Ocean Club at the time.

Wolters was as unequivocal as I have seen him. B killed Maddie - "in Portugal" (first time I have heard this stressed as if somehow a matter of contention) - but building the case against him could take "years". Meanwhile he will be charged with unrelated offences.

MWT was more or less indirectly challenging him to "put up or shut up", but he seems a bit rattled to me. Like it's making him bad, not being in the loop.

He does give me the impression that he loves being in the limelight.

He's credited with playing a major role in the destruction of Jimmy Savile's reputation and I think he feels like the bees' knees for that. For what my opinion is worth, I don't think that JS is guilty of all the things he's been accused of. Pat Brown did an excellent video on him - I posted it on the JS topic.

I think he is probably very miffed that someone else - Hans Christian Wolters and his fairy tales which outshine those of Hans Christian Andersen - is taking all the attention away from him.

My gut feeling is that Christian B does have something to do with Madeleine's disappearance but in a very roundabout way. For instance, there appear to be very many indications that the disappearance has something to do with paedophile rings - the parents and their friends have said that for starters - so he might simply be linked in that way. Birds of a feather and all that.

What we are seeing now, in terms of the aftermath of the scamdemic, the constant fake news, fake wars etc, appears to be a giant smokescreen to prevent the real news from coming out. And what is the real news, you might ask? Well, stuff like the fraudulent money system, the massive trafficking rings the fact that the 'build back better' stuff is to do with furthering these fraudulent systems to create even more debt and slavery.

To expose what really happened in the Madeleine McCann case would be to expose the corruption of the system. Anyone who hasn't cottoned on to the fact that things are seriously wrong right now will be sleep-walking into a totalitarian slavery system beloved of Scwab, Gates, Soros and other globalist nutters behind this nonsense.

It is impossible to have any confidence in most of the systems that were supposedly a cornerstone of democracy such as the police, legal system, political system etc.

Hi Poster sadly some of what you have to say is so true, just look at the PM, the police, not one officer will be disciplined over the grooming scandal and failure to investigate.

Similar topics
» Tabloid Rags: Various inane stories
» Look we are ahead of Uzbekistan in the number of doctors!
» Sunday Express and Daily Star - child killer questioned about Madeleine
» 10th anniversary stories: both lunatic and sensible varieties
» McCanns "not in the clear" - removal of their "formal suspect" status does not mean they are innocent, judges say